PETALING JAYA: The new national minimum wage of RM1,500 finally got off the ground on May 1 but in terms of compliance, there is still some way to go.

In a survey by the Malaysian Employers Federation (MEF), 67.2% of the companies involved are not ready to implement the new minimum wage, which had been increased from the previous rate of RM1,200.

Under the new regulations, employers with five or more workers have to increase their workers’ minimum wage from either RM1,100 or RM1,200 to RM1,500. 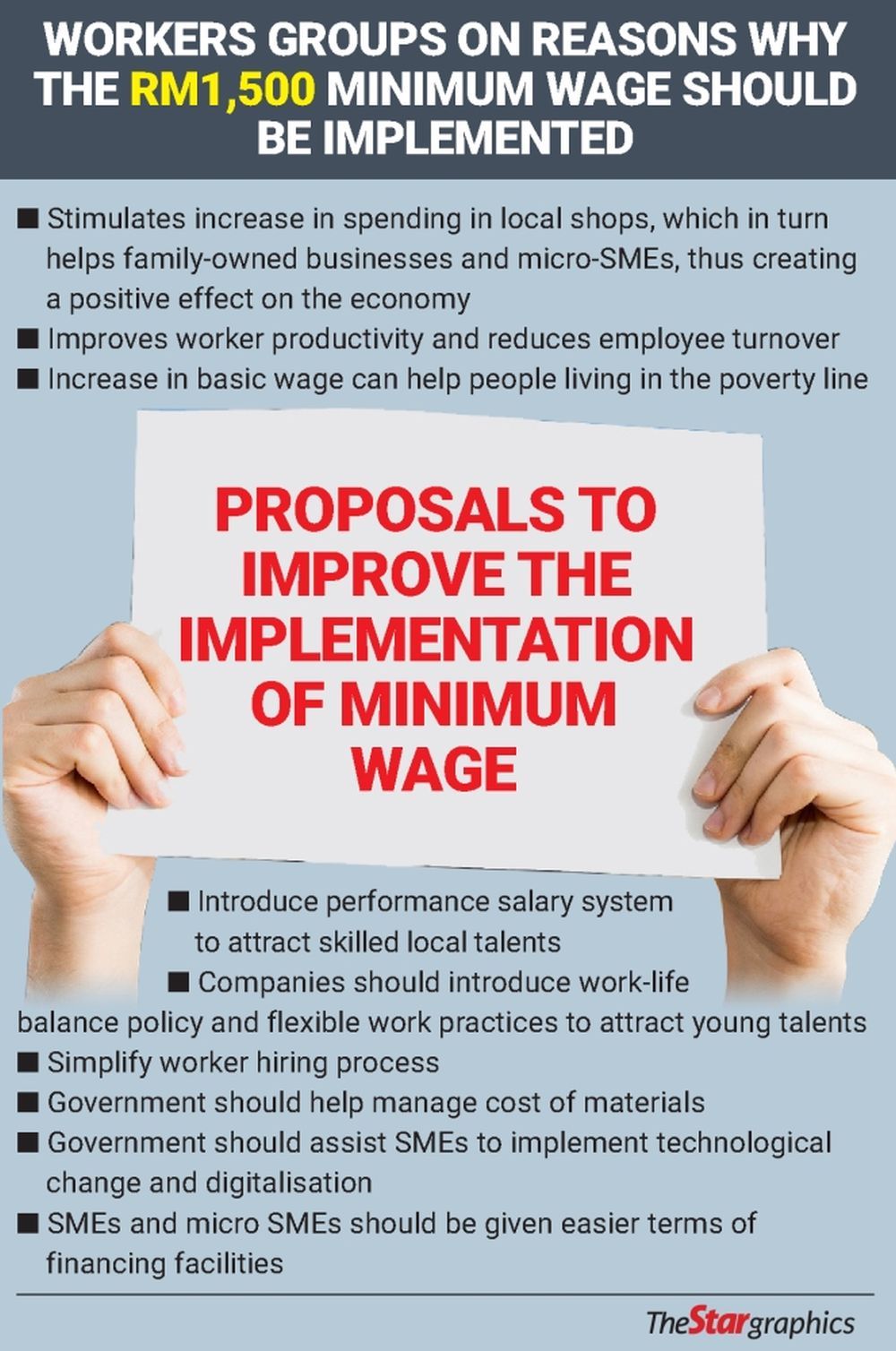 Companies with fewer than five workers have until Dec 31 to implement the change.

MEF president Datuk Dr Syed Hussain Syed Husman said the new policy resulted in extra costs of between 25% and 35% to businesses, “which is a lot of financial pressure”.

A previous survey by the MEF on the impact of the increased minimum wage showed that 77.4% of the companies did not want to pay higher wages.

The bulk of the respondent companies wanted wages to be based on performance and productivity, with about half of them saying that the higher minimum wage would disrupt economic recovery efforts.

Syed Hussain said 55.7% did not want to absorb the increased costs involved.

He said cash flow was the major issue faced by mainly MSMEs (micro and small and medium enterprises) on implementing the new minimum wage.

“Most government initiatives to assist MSMEs to sustain their business are ending, with some already having ended.

“Many employers in the MSME category are hoping for more financial assistance in Budget 2023 to assist them,” said Syed Hussain.

He said the MEF had, among others, suggested the government focus on improving skills training, upgrading infrastructure and creating new opportunities for Malaysians to improve their living standards and quality of life.

“Government agencies and the private sector should also place more emphasis on improving the quality of products and services in order to justify the increase in the minimum wage,” he said.

Syed Hussain said the upcoming Budget 2023 should focus on the recovery of the national economy through retention of employees, creation of more jobs, raising productivity and enhancing competitiveness.

“The right policies are needed to encourage job creation with companies being able to hire more locals through the creation of higher quality jobs.

“Minimum wage is only be viable if jobs are available. Otherwise, minimum wage will only be good on paper,” Syed Hussain said.

To help bosses, he said the foreign workers’ levy, which is paid by employers, should not be treated as government revenue.

“It should be ploughed back to the industries for automation, mechanisation as well as to upskill and reskill locals.

“For many years, even prior to the Covid-19 landscape, MEF and other industry associations had called on the government to channel the foreign workers levy for such purposes, as well as for the development and training of local workers.

“However, the foreign worker levy collected continues to be channelled into the government’s main coffers,” he said.

He said the timing of the minimum wage implementation had been a problem for SMEs.

“For most SMEs, this is not projected in their planning for 2022. With workers being more selective and with the lack of foreign workers, SMEs are forced to transfer the costs to consumers.

“While MTEM fully agrees with this minimum wage as a way to force companies to share their profit as wages and increase wage share versus profits, the SMEs suffer as their margin is limited and their productivity stifled mid-year, compounded by a global crisis,” he said.

What the government could do was re-categorise companies that could be excluded from implementing the minimum wage, he said.

Ahmad Yazid said small firms with annual revenue below RM3mil and with fewer than 30 employees should also be given the exemption to at least the end of the year.

“Medium-sized companies should also be given some time to adjust accordingly,” he said.

Alternatively, Ahmad Yazid added that a wage subsidy programme should continue for small firms so they could focus on growing their business and provide jobs.

He said that in his opinion, minimum wage should not be standardised across industries or municipalities and states due to the different costs of living.