IT is undoubtedly the jewel in the Kuala Lumpur skyline.

The Petronas Twin Towers have captivated global attention ever since it was officially opened on Aug 31, 1999.

It reigned as the tallest building in the world until 2004 when it was surpassed by Taipei 101.

(The crown has since gone to Burj Khalifa in Dubai.)

Despite losing that title, it remains a wonder in the eyes of Malaysians and the world. No visit to the capital city is complete without taking a snapshot there. 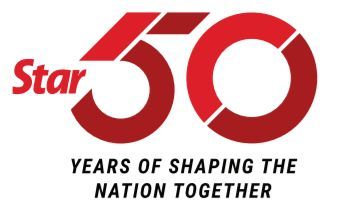 “Kuala Lumpur is a sprawling city that is soaring higher. It is a place with so much energy, spreading out to an ever expanding area to become the many districts we now see; each with a distinct character. Amid this city’s colourful backdrop, the Twin Towers are somehow always regarded as the centre of this city’s energy.”

Yip, who spent almost two decades as a journalist with The Star covering the city beat, said Twin Towers were always viewed as one of the nation’s icons of modernisation.

“It is a structure that’s shiny, steely and sleek, like a diamond. City folk often mentioned it with pride as it represented what the nation could do,” she said.

The site planning of the Twin Towers began in January 1992, led by architect Cesar Pelli who had also designed other prominent landmarks such as the International Finance Centre in Hong Kong and the Ronald Reagan National Airport outside Washington.

“Excavators began digging 30m below the surface of the site on March 1993. The work required moving over 500 truckloads of earth every night,” according to information on its website.

“Following that was the single, largest, and longest concrete pour ever in Malaysian history; about 13,200 cubic metres of concrete was continuously poured per tower through a period of 54 hours. This record-breaking slab with 104 piles of concrete layers form the very foundation for the twin towers we see today.”

One fascinating feature is the skybridge, which links both towers on the 41st and 42nd floors. Besides providing structural support during high winds, the bridge is also a safety feature during fire and emergencies so people can evacuate to the other tower.

It took six years and RM6bil to complete the construction of Petronas Twin Towers.

One fascinating trivia from its website: the lamination glass over the surface of the skyscraper requires two months just to clean every single glass panel.

Since its opening, it has had its share of drama, literally. Among others, it was featured in the movie Entrapment and The Amazing Race reality series.

And of course, its vicinity had always hosted New Year’s Eve celebrations (prior to the pandemic).

The Twin Towers are the outcome of a vision by then Prime Minister Tun Dr Mahathir Mohamad, who wanted it to be a symbol of Malaysia’s progress and modernity.

However, Yip noted that it had also served as a comparison to the less satisfactory parts of the city, which could do better in terms of planning and development.

“For example, the Serani Row in Jalan Raja Chulan was an abandoned place which seemed dustier and darker standing in the shadows of the Twin Towers shadows; fortunately, it was brought back to life in recent years through rejuvenation efforts.”

“And city folk in Chow Kit and Kampung Baru would look up to the Twin Towers with mixed feelings, I would say, as it is a beacon of hope to sustain their urban livelihood, but at the same time made them yearn that the same kind of quality development could happen in the areas they lived.”

“Nevertheless, no matter how one feels about the Twin Towers, they are drawn to it, probably because it is unmistakably the identity of Kuala Lumpur and Malaysia.”

And despite the emergence of Tun Razak Exchange (TRX) and Merdeka 118, Yip believed the Twin Towers would always be special.

“The Twin Towers have been the country’s icon for the past 20 years or so. It holds a special place in everybody’s heart even if now there are taller buildings coming up,” she said.