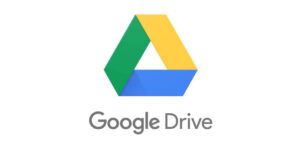 It sure took a while, but Google has finally added support for copy, paste and cut keyboard shortcuts to the web version of its cloud storage service Google Drive. As you’d expect, this addition is intended to provide users with an easier way to manage their files with fewer clicks needed, but with one catch: it is only available to Google’s first-party web browser, Chrome.

As with many other applications that support the same feature, you can now copy or cut files from its original folder location on Google Drive by pressing CTRL + C (or ⌘ + C on Mac) and CTRL + X (⌘ + X) respectively, and then paste them in a different folder by pressing CTRL + V ( ⌘ + V). According to the company, this also works if you’re moving files between multiple Google Drive tabs on your Chrome browser.

In addition, Google says a link to the file and its title is also captured when copying a file, therefore pasting them into a document or an email will provide viewers with a hyperlink to access it on Drive. Meanwhile, copying a file by pressing CTRL + SHIFT + V (⌘ + Shift + V) will create shortcuts for organising files in multiple locations without creating duplicate files.

Last but not least, pressing CTRL + ENTER (⌘ + ENTER) when highlighting a file will now open it in a Chrome tab. This allows users to view multiple files at once, or use different tabs to easily manage their files between different folder locations.

Again, keep in mind that the newly added keyboard shortcuts support on Google Drive web is only available when you access it via the Chrome web browser. It’s also worth noting that this does not apply to copying, pasting, or cutting files from your desktop to Google Chrome. For that, you’ll still need to rely on the usual drag and drop method.

The post You Can Now Use Copy, Paste And Cut Shortcut Keys On Google Drive Web appeared first on Lowyat.NET.