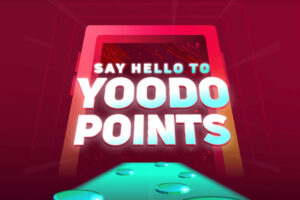 Yoodo will be replacing its Wallet feature with Yoodo Credits starting 13 July. At the same time, it will be introducing Points into the app, which will be replacing the credits you would usually get through referrals.

First off, any credits you may have in your wallet on 13 July will be converted to the new points system. For this one-time migration, you will receive points with the same value as your credits – equalling 100 points for every RM1. Notably, Yoodo’s FAQ says it will not be possible to convert points into credit once the system is in place.

Points will essentially be used the same way as credits, where it can be used to pay for plans and purchase products like data, SMS, voice, Power Pass, add-ons, IDD, and roaming Passes. The main difference between the two payment systems is that points cannot be bought, but earned through Yoodo’s Refer2Earn programme.

The programme itself currently rewards you RM20 worth of credits for every successful referral and moving forward, Yoodo’s customer support has told us that referrals will remain the same value at 2000 points. You will not be able to transfer points to anyone else, but the good news is that they do not have an expiry date. Furthermore, the points will not be forfeited even if you terminate all your active lines.

Unfortunately, you will not be able to do partial redemptions with points, so an insufficient balance will mean that Yoodoo will charge your credits or your debit/credit card instead. Even though you are still be able to top up your credits as how the current wallet works, It is important to note that you will not be required to use credits and points at all if you wish to only stick with card payments.

Just recently, it was revealed that Yoodo, which is a subsidiary of Celcom, will eventually either be sold off or shut down after the merger between Celcom and Digi is finalised. Despite that, the telco has assured its customers that it will be operating as usual, with more products and offers to come in the future.

The post Yoodo Will Start Paying Out Referrals In Points appeared first on Lowyat.NET.