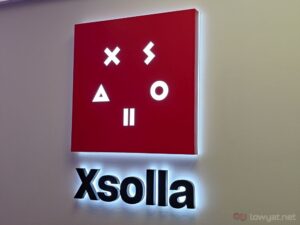 If you’ve bought games digitally, chances are you’ve made use of services provided by Xsolla without even realising. The easiest examples include the Epic Games Store, Steam and the Ubisoft store. Now, the company has announced the opening of its regional office in Kuala Lumpur.

For the unfamiliar, Xsolla provides payment solutions exclusively in the video games industry. The company works with developers and publishers on the payment side of things, allowing them to focus on the making and marketing side of the business.

Or more specifically, as company president Chris Hewish explains it, Xsolla serves as an aggregator of payment processes. The company serves the bridge between video game publishers and payment processors like local banks, as well as options like PayPal and Razer zGold. This allows publishers to reach more markets around the world, while leaving the complicated matters like taxes or even payment options like gift cards to Xsolla.

So why is the company setting up shop in Malaysia specifically? Hewish says that the country is in the top three among growing hubs for gaming, which ties in to the development hub that Xsolla is building for the region. This also helps the company connect with local game developers in terms of growing the business. Being “local”, as in being in the same time zone and the same culture, also helps the company better understand the issues that game devs in Malaysia may face, and responding to them appropriately when providing solutions.

On that note, Hewish also says that Xsolla will be “aggressively growing” the Kuala Lumpur office. The company is looking to hire “hundreds over the next couple of years”. In fact, the company has a pretty significant list of positions that it is looking to fill, which you can check out by hitting this link.