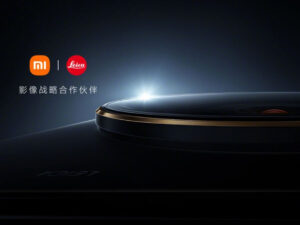 Xiaomi has announced that it will soon be officially unveiling the 12S series, an upgraded lineup of its 12 flagship series. The reveal is happening on 4 July at 7 PM local time, which can be viewed on Xiaomi’s social media pages as well as its website.

With the announcement, the company has also confirmed that the lineup consists of three smartphones: the 12S, the 12S Pro, and the top-of-the line 12S Ultra. While many speculated that the 12S series would be launching together with the much-awaited 12 Ultra, it seems the company is skipping it altogether and leaping straight to the 12S Ultra.

The tech giant also confirmed that the upcoming series will be the first to have cameras that feature Leica branding after the two companies announced a partnership last month. The full extent of the 12S Ultra’s camera module is strategically hidden in the teaser, but if it is anything like the leaked renders, we might see a camera bump that is even bigger than the one found on its predecessor.

That being said, one thing that is still a complete mystery is whether or not Xiaomi will bring back the tiny secondary display on the back seen on the Xiaomi 11 Ultra, which has not even appeared in rumoured specifications. While the company has not confirmed anything, this year’s Ultra is speculated to run on the Qualcomm Snapdragon 8 Plus Gen 1 chipset.

The new era of mobile photography is here.

From the teaser poster, it also looks like the 12S Ultra will sport a green leather back with a gold frame. A previous leak claimed that it would have black leather and and white ceramic back options.

As for the base model Xiaomi 12S and the higher-end 12S Pro, they are also rumoured to feature Qualcomm’s latest processor, though the Pro is said to have an alternative variant fitted with a MediaTek Dimensity 9000 chip. Both phones are expected to come with up to 12GB of RAM and 512GB of storage.