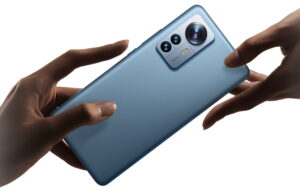 After being teased by the company for the past few weeks, Xiaomi has finally taken drape off its new flagship family, the Xiaomi 12 Series last night. The launch also marked the arrival of its latest operating system, the MIUI 13.

As you may expect, the Xiaomi 12 family consists of several different models which include Xiaomi 12 itself, Xiaomi 12 Pro, and Xiaomi 12X. Both the standard and Pro models are powered by the new Qualcomm Snapdragon 8 Gen 1 processor while the 12X is running on the older yet still powerful Snapdragon 870.

In general, the Xiaomi 12 and 12X are quite identical to each other. Both models are equipped with the same 6.28-inch 120HZ Full HD+ AMOLED display which supports HDR10+ and Dolby Vision contents while being protected by Gorilla Glass Victus.

They also feature a tri-camera module on their back which consists of a primary camera that comes with a 50MP Sony IMX766 sensor, f/1.88 six-element lens, and optical image stabilization system. The module is also equipped with a 13MP f/2.4 ultra-wide camera, and a 5MP telemacro camera.

Both phones also come with a 32MP selfie camera, 4500mAh battery, and supports fast chargers with a rating of up to 67W. However, the 12X is not equipped with wireless charging and reverse wireless charging capabilities, in addition to having an older Snapdragon processor.

On another hand, the Xiaomi 12 Pro offers a larger 6.73-inch 120HZ LTPO AMOLED display that also has a higher native resolution of 3200 x 1440. Just like its other siblings, the screen is also being protected by a layer of Gorilla Glass Victus.

The Pro model still features a tri-camera module but the setup is very different when compared to other models within the Xiaomi 12 family. Its main camera relies on a 50MP Sony IMX707 sensor while the phone’s portrait and ultra-wide cameras feature the 50MP Samsung ISOCELL JN1 sensor although the Xiaomi 12 Pro still comes with a 32MP selfie camera just like the standard model and 12X.

Xiaomi has also equipped the Pro model with a 4600mAh battery that supports fast chargers with ratings of up to 120W. The company has implemented a power management chip called Surge P1 into the phone to help regulate the phone’s battery output and fast-charging capability.