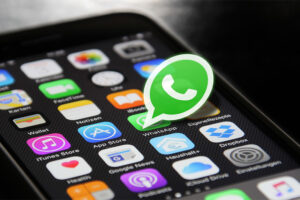 WhatsApp, a Meta-owned messaging app, has its Status feature turned into vanishing Stories like Facebook, Instagram and Snapchat a few years back. It currently has options for photo, video and text Statuses. But if you use these kinds of features a lot, you may notice that the voice-only option is missing. That may be addressed in a future update.

WABetaInfo reports that support for voice notes to be used as status updates is being added to beta versions of WhatsApp Android. This voice status can be added by tapping on the new microphone icon on the status page. It sits pretty conspicuously above the existing camera and text options, so it would be quite impossible to miss.

For now, details are short as to the way the feature actually works. That being said, chances are it will work like the other existing options for WhatsApp status updates. In other words, these will be up for 24 hours, and only visible to those that you allow to view your stories.

It does feel a tad strange that WhatsApp, a messaging app, would get a feature like this. On one hand, it has already supported voice messages, so voice statuses would seem like the obvious next step. But on the other, this would turn what is primarily a messaging app in to a social media platform on its own right. Not that it’s particularly surprising considering it, Facebook and Instagram are getting more and more homogeneous.

As is usually the case, the feature itself is still under development, despite the screenshot that came with the WABetaInfo report. So there’s still no indication as to when it will be an available feature for users of the beta app, let alone general users. Needless to say, it will be awhile before the latter will get access to this feature.

The post WhatsApp To Allow You To Set Voice Notes For Status Updates appeared first on Lowyat.NET.