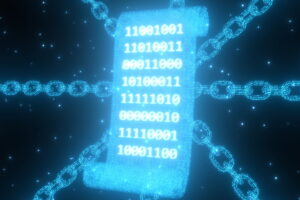 A smart contract is a program that runs on a blockchain and functions as an agreement – automatically facilitating, executing and documenting the conditions under it. Think of it as an agreement between two or more parties that are stored in computer code. Sounds simple, right? But there’s a lot more to it.

The idea of smart contracts first transpired in 1994 when Nick Szabo, a computer scientist wrote an article outlining the role of smart contracts. Szabo described it as a “… computerized transaction protocol that executes the terms of a contract.” and its ability to “… minimize exceptions both malicious and accidental, and minimize the need for trusted intermediaries.”

While many believe smart contracts were started by Ethereum, it was actually Bitcoin that first implemented paperless contracts, although it was in a much simplified form and couldn’t really be considered as a smart contract.

THE INS AND OUTS

As we’ve mentioned, a smart contract is simply an agreement in the form of computer code. Other than the fact of smart contracts not requiring an intermediary (like a lawyer), they are not so different from paper-based contracts we encounter in daily life – both being based on logical circumstances.

A smart contract on a blockchain would operate on the following logic.

Theoretically, let’s assume person A wanted to buy a house from person B, at the price of 50 ETH. In real life, these two people would need to go through an array of tasks from hiring real estate lawyers to overlooking necessary legal documentation as well as physically signing these documents and finally making the appropriate payments. Phew! Sounds like a long process right? In contrast, smart contracts simplify this entire process.

A smart contract formed for the above mentioned on the Ethereum blockchain would look something like this:

Once the smart contract has been created, it cannot be changed nor retracted. The contract is further stored on a distributed system that can be viewed by both parties in real-time. This provides a level of security for person A to proceed with making the payment and it eliminates the chances of fraud. As one may notice, the need for a bank, house broker or even lawyer becomes obsolete. This translates to less cost and less time wasted during the process.

This seamless transition is what we have blockchain technology to thank for. When a contract is coded for, the code gets sent to an address on a blockchain. Once this piece of code is verified, it gets included in a block. This basically means that the smart contract is now in place and cannot be changed. Correspondingly, smart contracts can actually be coded for on any blockchain, however, Ethereum is currently the go-to public blockchain platform for creating smart contracts and decentralized applications (also known as dApps).

A smart contract can include a list of different conditions and a decentralized application can consist of multiple different smart contracts. These contracts have the ability to function together like one big smart machine to underpin a whole network of processes. Even more, public blockchain applications allow anyone to interact with them and are usually open-sourced. This means that anyone can see, modify, and even distribute the code as they see fit. It will allow people the choice to decide if they wish to interact with the decentralized application or not.

WHAT’S THE DEAL WITH SMART CONTRACTS?

Smart contracts can facilitate a variety of both economic and non-economic related activities: global trade, financial services, insurance, legal processes, purchasing NFTs, medical research, etc. The possibilities are endless, but why would we want to transition to smart contracts? Aren’t regular contracts just fine, an intermediary isn’t that much of a dealbreaker, is there? The answer lies in the other benefits a smart contract has to offer.

These blockchain protocols offer an array of appealing benefits that might result in a world where things function more optimally. Here’s how:

With all the benefits, one may assume smart contracts are foolproof and negate the absence of improving these blockchain protocols. Nonetheless, smart contracts are still in their early stages and are far from perfect. While most organizations require detailed specifics, especially when it involves an arrangement with other entities, reams of paperwork may oftentimes toughen the already complex process – smart contracts simplify this. However, these contracts must be errorless.

Blockchain technology may be filled with endless possibilities but the room for error should be avoided completely. A smart contract that is wrongly coded for before being approved can be both time-consuming and very expensive to correct and once it makes its way onto a blockchain it is almost impossible to correct. In addition, due to the nature of how smart contracts are programmed, they are yet to be properly regulated for the benefit of all Malaysians. An ideal way to go about this would be self-regulation where the Malaysian cryptocurrency community establishes its own rules of governance while remaining accountable to the government.

In terms of security, smart contracts may even still face the threat of being hacked though they are near-impenetrable. This may be due to ‘traditional’ programming errors that weaken the contract, a contract that is coded for with the purpose to manipulate certain conditions and hackers who use various ways to hack into a contract. Considering these important features – business specifications, proper regulation and security development – developers can work towards strengthening these contracts as well as providing an ethical approach.

THE CONSENSUS ON SMART CONTRACTS

With blockchain technology being at the frontier of Internet technology, the potential of smart contracts offers a multitude of benefits to aid in almost any industry. While we have evolved from phones to ‘smartphones’, homes to ‘smart homes, and every other ‘smart’ creation, it only makes sense for regular contracts to evolve with the digital era.

While smart contracts have a lot to improve on and may face certain vulnerabilities, the evolving tech will allow these protocols to be developed and further refined along with creating new uses.

As Luno offers access to multiple cryptocurrencies, including Ethereum which spearheads the smart contract movement, it reflects Luno’s initiative to elevate its users in accordance with the evolution of the cryptocurrency sphere.

This article is brought to you by Luno.

The post What Are Smart Contracts And How Do They Fit In With Cryptocurrency? appeared first on Lowyat.NET.