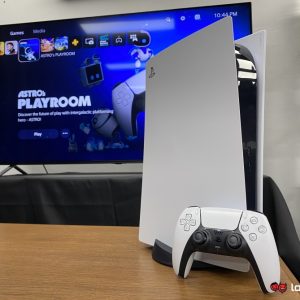 Sony, through its official PlayStation blog, has revealed that Variable Refresh Rate (VRR) support will finally make its way to the PS5 soon. However, it did not mention when the feature will be available on the console but assured that the release is expected “in the months ahead.”

For the uninitiated, VRR synchronises the refresh rate of a display to the PS5’s graphical output, which in turn reduces visual artefacts, screen tearing, and frame pacing issues. Sony added that it will add the ability to apply VRR to unsupported games via the screen and video settings, as well as the option to disable the feature at any time if it causes any unexpected visual effects.

“Gameplay in many PS5 titles feels smoother as scenes render instantly, graphics look crisper, and input lag is reduced,” the company wrote in the blog. “Previously released PS5 games can be fully optimised for VRR through a game patch and future games may include VRR support at launch.”

The same blog post also revealed a new software update is now available to both PlayStation 4 and 5 users today which now enables them to create or join open/private parties on either consoles. In addition, the update on the PS5 includes UI enhancements to the Game Base and Trophy cards, and a new mono audio option for headphones.

Meanwhile, the new update will also provide those with US or UK accounts the ability to try out a preview version of the new Voice Command feature. As implied by its name, this lets them find and open games, apps and settings, as well as control media playback with their voice.