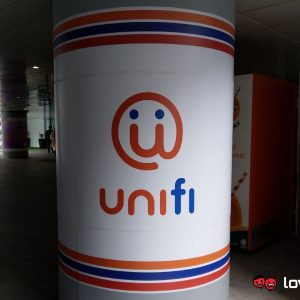 TM has revealed that unifi customers throughout Malaysia may experience slow browsing at the moment. According to the service alert section of unifi’s website, this is due to submarine cable fault and affects not only fibre users but also mobile and Streamyx customers as well.

Published at 6:22 PM today, TM expected that the issue will be resolved by 11:00 PM today according to the status alert. However, it didn’t reveal the name of the actual submarine cable that was causing the problem.

There are several potential suspects including Asia-Africa-Europe-1, Asia Pacific Gateway, and Asia American Gateway based on several news articles throughout the world. All three submarine cables do have Malaysia as part of their route but then again, the news articles that mentioned their names were already several days old.

Meanwhile, we could not determine whether the submarine cable fault has affected other ISPs though. Nevertheless, the possibility is always there.

TM has published a notice on its social media channels at 12:00 AM to provide a further update regarding the slow web browsing experience that unifi and Streamyx customers may have faced since Saturday’s afternoon. While the telco once again didn’t specifically name the submarine cable that has caused the disruption to its customers, the notice did mention that the fault happened somewhere in North Asia.

At the same time, the fault has also increased the latency for Discord and Uplay PC users as well as Valorant and League of Legends players. Through the notice, TM has also revised the estimated recovery time from 11:00 PM on 25 December to 4:00 AM on 26 December as the company optimise its traffic using other international links.