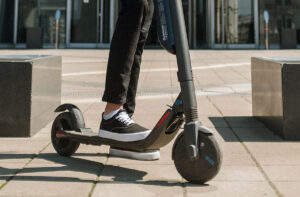 As revealed by transport minister Wee Ka Siong on 13 June, the government will introduce guidelines on the use of micro-mobility vehicles in Malaysia. Specifics regarding it are still sparse for now, but town and country planning department (PLANMalaysia) director-general Alias Rameli assured that the guidelines are in the last phase of finalisation.

Speaking to Bernama during the 11th World Urban Forum (WUF11) in Poland, Alias reveals elements such as speed limit, road markings, and specific routes are among those that are being studied. “The speed limit of micro-mobility vehicles may not exceed 25 km/h, though the vehicle can reach a speed of 50 km/h,” he said.

Alias adds that PLANMalaysia is adapting the use of the vehicles to suit the existing laws under local government authorities and the Road Transport Department. The director-general also believes that the trend of micro-mobility is generally beneficial to the country as it is able to reduce carbon consumption, but the trend needs to be adjusted for the safety of other road users.

Once completed, the guidelines will be tabled to the transport ministry as well as the housing and local government ministry for approval. However, Alias did not provide an estimated time for its submission or announcement.

As it stands, micro-mobility vehicles such as mopeds, personal mobility aids, e-scooters, hoverboards and so on have been restricted in Malaysia from being used on public roads. In order to avoid confusion, transport minister Wee Ka Siong reiterated that the government has never banned these vehicles, and assured that they can still be used in safe and controlled environments such as sidewalks or parks.

Meanwhile, the transport ministry notes that it has also received valuable feedback from micro-mobility associations and vehicle operators after holding a meeting with the parties a couple of weeks prior. Wee says that some suggestions and views are good, and will be considered for a follow-up action.

The post Speed Limit Of 25 km/h For Micro-Mobility Vehicles Being Considered appeared first on Lowyat.NET.