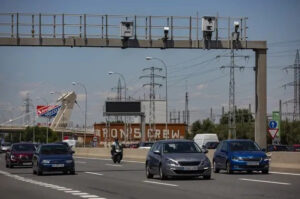 Sharply braking to lose speed is probably the usual last ditch move that some motorists go for when realising they’re within the vicinity of a speed trap camera. Such actions are undeniably hazardous to the drivers themselves and to others on the road.

In an effort to curb this reckless behaviour, the directorate-general for traffic (DGT) of Spain has reportedly begun trialling a new camera system, which is claimed to be able to identify whether motorists are braking their vehicles at the very last minute. Based on a report by Spanish publication La Razon, the DGT originally proposed the implementation of the cameras back in November of last year.

The new system is said to utilise two cameras that are a short distance apart from each other, according to motoring website Visor Down. With this, they are able to capture a larger picture of the road and a greater distance travelled, enabling it to record activity of a vehicle between two fixed points. Furthermore, the two-camera speed trap approach is claimed to also allow the system to capture those who decided to get back on pace once they’ve passed the second device.

Visor Down added that Spain is the only country trialling the new cameras at this time, and whether the system is effective in preventing motorists from committing traffic offences remains to be seen. On that note, the country’s laws dictate that those caught speeding through these monitored roads will be charged with a fine of EUR 200 (~RM 930).