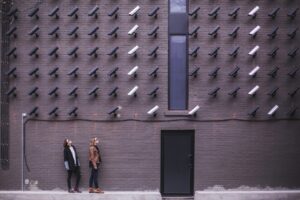 South Korea will soon launch a pilot project for tracking the movements of confirmed COVID-19 cases through thousands of CCTV cameras, amid privacy concerns from opposition lawmakers. A city official said that it will be deployed in Bucheon, a city near Seoul, in January next year.

According to a 110-page business plan from the city submitted to the Ministry of Science and ICT, the system will use artificial intelligence and facial recognition to analyse footage gathered by more than 10,820 CCTV cameras. This enables it to track an infected person’s movements, their close contacts, and whether they were wearing a mask.

The Bucheon official added that the AI-powered system should be able to reduce the strain on overworked tracing teams. Bucheon has a population of over 800,00, and while the country already gathers personal data such as credit card records, cellphone location data and CCTV footage for tracing, it still mostly relies on epidemiological investigators who regularly work 24-hour shifts to contact potential COVID-19 cases.

The city’s mayor Jang Deog-cheon lobbied for national funding for the system back in late 2020, and argued that it would make tracing faster. It also won’t have to rely on the testimony of COVID-19 patients, who aren’t always truthful about their activities and whereabouts.

The plan outlines that the system only requires a staff of ten and can simultaneously track up to ten people in five to ten minutes while it would usually take around half an hour to one hour to trace one person manually. Bucheon received a budget of KRW1.6 billion (~RM5.7 million) and put KRW500 million (~RM1.8 million) into the system.

According to the official, while consent from patients is needed for facial recognition, the system can still track them through their silhouette and clothes if consent is not given. The Ministry of Science and ICT said it has no current plans to expand the project to a national level.