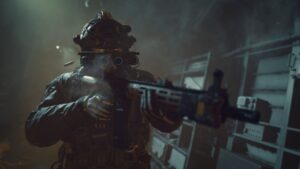 Even if you haven’t been paying attention, you would know that a major crux of the Microsoft acquisition of Activision Blizzard, and Sony Interactive Entertainment’s opposition of it, lies with the Call of Duty series. As an FPS series, it is beyond wildly successful. Should the acquisition go through, there’s a non-zero possibility that at some point in time they will become exclusive to Xbox consoles. To prove that PlayStation as a brand would suffer if it didn’t have access to the series, it compared Call of Duty to the closest competitor, Electronic Arts’ Battlefield.

The comparison is certainly not doing the latter any favours. Going back to the document that SIE filed with the UK CMA, specifically on page six of the document, the company says that “Call of Duty is not replicable”. The company will go on to say that the series has been the top-selling game for “almost every year in the last decade”, and by far the most successful of the FPS genre.

In contrast, PlayStation says that EA “has tried for many eyars to produce a rival” in the form of the Battlefield series, which just cannot keep up despite having other successful AAA franchises. Bringing numbers in, the company says that as of August 2021, Call of Duty sold over 400 million copies as a series, while Battlefield sold “just” 88.7 million.

Both publishers’ recent entries certainly paint a similar picture. On one hand, Call of Duty Modern Warfare II had the series’ biggest opening weekend, while Battlefield 2042 was described by its publisher as an entry that “did not meet expectations”.

At any rate, SIE definitely wants to be assured that, when it’s time to launch the next generation consoles, there is a Call of Duty entry to go with it. While Xbox head Phil Spencer has said publicly that Microsoft will not make the series an Xbox exclusive “for as long as there’s a PlayStation to out there to ship to”, or 10 years as quoted by the NY Times, the actual deal looks to be only up to 2027.