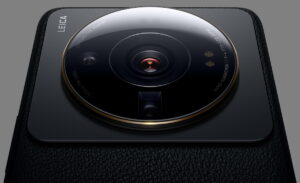 Thanks to the massive camera module on its back, you should be able to spot the Xiaomi 12S Ultra from far away if you ever stumbled upon it. The module houses three different cameras including the main snapper which is equipped with a 50MP Sony IMX989 1-inch type sensor.

During the launch event for the 12S Series earlier this week, Xiaomi’s CEO Lei Jun mentioned that the sensor was the result of its collaboration with Sony. As it turned out, the collaboration goes beyond technical cooperation as it involved cost sharing as well.

In a blog post on his Weibo page, Lei Jun noted that it costs a total of USD15 million (~RM 66.3 million) to develop the IMX989 and both companies are splitting the bills equally. Still, USD8 million is no small figure.

Despite the massive financial commitment to the project, the CEO noted that the IMX989 will not be exclusive to Xiaomi alone. He added that fellow Chinese smartphone manufacturers are able to utilize it so that together they can help further push mobile imaging forward.

Paired together with a 23mm f/1.9 8P aspheric lens that was co-engineered with Leica alongside an optical image stabilization system, 12S Ultra’s main camera also utilizes the 4-in-1 Super Pixel binning process to improve its low-light output. The phone’s rear camera module has also been equipped with a 48MP ultra-wide camera and 48MP telephoto camera with 120x zoom capability as well as a 32GB selfie camera.

The Xiaomi 12S Ultra also features Qualcomm Snapdragon 8+ Gen 1 processor as its brain and can be obtained with up to 12GB RAM as well as 512GB internal storage. It has also fitted with a 4860mAh battery in addition to having a dedicated battery management chip called Surge G1 while its 67W fast charge feature is handled by the Surge P1 chip.