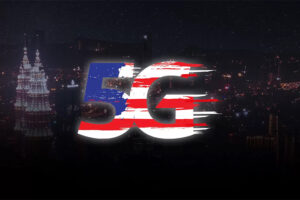 Last week, it was reported that Maxis and U Mobile, two of the six major telcos in the country, were still holding out from signing up for the Digital Nasional Berhad (DNB)’s 5G network. Things look to have changed in the span of a week, as a new report states that the six telcos are now on board with taking up DNB shares. But at the same time, they will also have to iron out details of the deal before 31 August, or risk losing out.

The Malay Mail cites Finance Minister Tengku Zafrul Abdul Aziz as saying that there are foreign telecommunication companies that are also “queuing up” for access to the Malaysian market. He also said that it’s very difficult to not allow them in, considering the potential for lower prices for consumers.

Despite the fact, Tengu Zafrul maintains that the six local telcos – Maxis, Digi, U Mobile, Celcom, Yes and TM – should still be given first dibs. As the finance minister puts it, they should still be given “an opportunity to continue to be the main players as they have invested so much”.

All that being said, the telcos will still have to agree to the DNB access terms by 31 August. Tengku Zafrul says that while the government is unlikely to extend the deadline, he acknowledges that some of the telcos may still try to delay talks.

The six telcos have been jointly offered up to a 70% stake in DNB, divided equally between them. The finance ministry will be holding on to the remaining 30%. While the cost to each telco is not known, it has been estimated that each firm will be paying out RM200 million for an 11.7% stake in DNB. This calculation is based on the Finance Ministry’s injection of RM500 million for 30% of the agency’s shares.

The post Six Major Local Telcos Agree To DNB Stake; To Iron Out Details Before 31 August appeared first on Lowyat.NET.