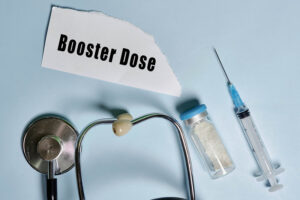 Health Minister Khairy Jamaluddin has announced that individuals over 60 who are at high risk due to comorbidities are now eligible for a second booster shot of the COVID-19 vaccine. The additional dose is optional and only Pfizer’s Comirnaty vaccine will be offered.

While the European Union now officially recognises the MySejahtera digital certificate, some countries such as Germany still do not recognise the Sinovac or Sinopharm vaccine even with a Pfizer booster. As such, individuals will be able to request a second Pfizer booster for the purpose of travelling to these countries.

Due to the targeted approach, Khairy said that the ministry has more than enough Pfizer doses for the additional boosters, with the start date and registration method to be announced later on. Moreover, teenagers between the ages of 12 and 17 who are immunocompromised will also be able to get a booster at least 28 days after their second dose.

The post Second Booster Will Be Offered To Senior Citizens With Comorbidities appeared first on Lowyat.NET.