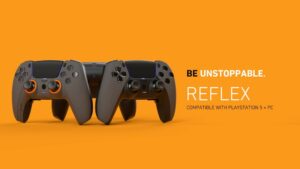 Corsair subsidiary Scuf Gaming now has a few modified DualSense PS5 controllers. The company has three of these under its Reflex line, with one that’s specifically for FPS titles.

The regular Reflex DualSense controller features remappable back paddles, interchangeable thumbsticks, and the capability to store on-board profiles. Then there’s the Scuf Reflex Pro, which just has the extra grip textures for a steadier hold onto the controller.

Things get really interesting with the Scuf Reflex FPS. Not only is it the priciest of the three, it also does away with the two most important features of the DualSense controller – adaptive triggers and haptic feedback. The triggers are “instant”, presumably actuating with the slightest press. And the removal of vibration is probably because it can be a distraction during high tension FPS rounds.