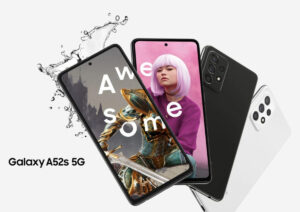 Water resistance, more perhaps more specifically, IP ratings, is usually a feature that phone makers reserve for their flagship devices. Samsung may be looking to extend this to more devices that fall within its more budget-friendly range.

South Korean news outlet The Elec cites sources claiming that Samsung will be giving waterproofing to the Galaxy A33 that will be released next year. Three other models will be getting the treatment according to the report. They are the Galaxy A53, its 5G variant, and the Galaxy A73.

While these devices will be getting waterproofing, the report did not specify an actual IP rating. For the A53 and A73, these will likely retain the IP67 ratings of their respective predecessors. Though for some reason, the former does so at the cost of its 3.5mm audio jack, if renders of the device is to be believed.

Circling back to the Samsung Galaxy A33, this could be the most affordable device by the brand to come with a water resistance rating. That being said, getting an IP rating also usually means that the device will climb a little in price to pay for the testing and certification. But we’ll have to wait for its official announcement to know for sure if that is indeed the case.

(Source: The Elec via Android Authority)

The post Samsung To Give More Galaxy A Devices Water Resistance appeared first on Lowyat.NET.