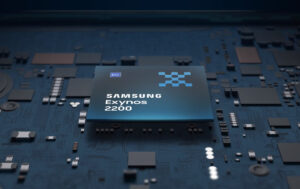 Samsung today has launched the Exynos 2200, its latest first-party chipset that will be featured on the brand’s forthcoming Galaxy S22 flagship smartphone series. The SoC was originally planned to be officially on 11 January 2022 prior to this, but was mysteriously delayed to an undisclosed date, which also led to rumours of its complete cancellation. On that note, Samsung still has not provided an explanation for missing the initial launch date.

On top of offering better overall performance over its predecessor, the new Exynos 2200 is also the first chipset to feature AMD’s RDNA 2 architecture via its custom-made onboard GPU, known as Xclipse. This is a big deal especially in mobile gaming, as this technology is able to allow Samsung smartphones to process advanced graphical features such as ray tracing and variable rate shading.

The first-party SoC is built on the 4nm EUV process and is also the first chip integrating ARM’s Armv9 CPU cores. It features an octa-core processor which consists of a single Cortex-X2 core, three Cortex-A710 cores for balancing performance and efficiency, and four Cortex-A510 cores for power efficiency. Leaked benchmark scores notwithstanding, we have yet to see how the new chip fares against other current generation flagship SoCs, namely Qualcomm’s Snapdragon 8 Gen 1 and MediaTek’s Dimensity 9000.

Besides that, Samsung says the Exynos 2200 will come with a more powerful NPU to handle all AI-related tasks, features support for LPDDR5 RAM and UFS 3.1 storage, includes a global navigation system that support all major standards and satellites, as well as a 5G modem that is designed to work on the sub-6GHz and mmWave frequencies. Imaging-wise, it can support camera sensors of up to 200 megapixels, record 8K videos, and is capable of powering displays with 4K resolution output at up to 120Hz or QHD+ screens at 144Hz.

As mentioned earlier, the new Exynos 2200 chipset is planned to debut together with Samsung’s latest flagship smartphones, the Galaxy S22 series. However, the brand itself has yet to confirm when it plans to launch the upcoming handsets, although rumours have suggested that the event may take place next month on 8 February 2022.