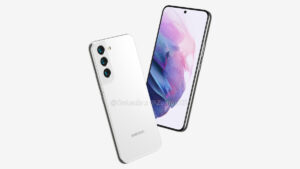 A recent leak has allegedly revealed the European pricing for the upcoming Samsung Galaxy S22 flagship series, which are slated to launch globally early next month. According to reliable leakster Roland Quandt of WinFuture, the standard model will start from EUR 849 (~RM 4,025), while the highest configuration of the Galaxy S22 Ultra will max out at a whopping EUR 1449 (~RM 6,870).

The leak also seemingly dispels prior rumours suggesting that the new series will be sold at a more affordable price range than its predecessor. Quandt says such a thing is unlikely, as component shortages, inflation, and the COVID-19 crisis are still accountable for determining the prices for the upcoming phones.

Whoever said S22 series was to be cheaper, didn’t think of Covid, parts shortages and inflation.

It is also worth noting that the baseline configuration of the Ultra actually comes with less RAM than its predecessor, whereas its highest spec model tops at 12GB RAM instead of 16GB. However, there’s also a possibility that configurations for all the Galaxy S22 phones may differ from region to region and, undeniably, the same can be said for their pricing.

Whether Quandt’s information is accurate or not remains to be seen. On that note, we’ll find out soon enough when Samsung officially launches the new flagship series on 9 February 2022.