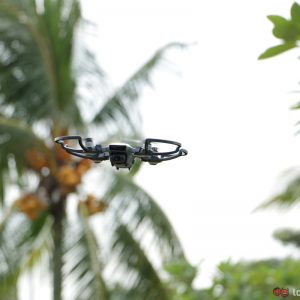 The Merdeka Day celebrations are coming up, which is when you can usually expect things to get very lively at Dataran Merdeka. Some may be tempted to fly their drones there to look for the opportunity to get the perfect shot, be that in photo or video form. Either way, that’s probably not a good idea, as the Civil Aviation Authority of Malaysia (CAAM) has posted on its official Facebook page reminding the public to not fly their drones without approval.

As the Facebook post reads, the public is advised not to fly drones without approval from the authorities so that the Merdeka Day celebrations can proceed safely. The post also notes that the Royal Malaysian Air Force is conducting low-altitude formation flights in the area. So rather than a discouragement, this should really be a prohibition straight out.

The stakes here are clearly higher than during the New Year’s celebrations back in 2020, Back then, Intel filled the skies above Dataran merdeka with about 300 drones for its light show.

CAAM also reminds the public that drone-related activities in the country are subject to the Civil Aviation Act 1969 (Act 3), Regulation 98, 140-144, Malaysian Civil Aviation Regulations (MCAR 2016) and Civil Aviation Directives (CADs). Violations will be subject to fines no more than RM500000, a prison sentence not exceeding five years, or both.

On the subject of getting permission to fly drones, just last week it was reported that the CAAM is working on a way to let people apply for drone flight permits online. Unfortunately this is only expected to be completed by October of next year. But on the flip side, once this is done, it will shorten the permit application process dramatically. The current system which requires applicants to manually fill up forms downloaded from CAAM’s website, then submitting said form. This can take up to two weeks, while the online application process cuts it down to as little as a day.

The post PSA: No Drones During Merdeka Day Celebrations At Dataran Merdeka appeared first on Lowyat.NET.