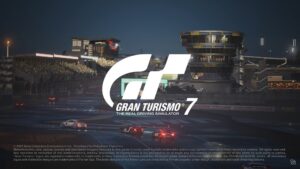 For the longest time, the Gran Turismo sim driving series has been a true PlayStation exclusive. Since the first game all the way back in 1997, it has never appeared on any other platform officially, not even PC. Though that may change with the most recent installment, Gran Turismo 7. The developer of the series, Polyphony Digital, has said that it is “looking into” porting the newest game to PC.

Sony first party exclusive titles have recently been making their way to PC in a slow and steady manner, from Horizon Zero Dawn to Spider-Man. When asked if the studio will bring its game to PC the way so many other former exclusives have, Gran Turismo series creator Kazunori Yamauchi told GTPlanet “yes, I do think so”.

That being said, the developer did note that there are some caveats to the process. He claims that “Gran Turismo is a very finely tuned title”, and that “there are not many platforms which could run the game in 4K/60fps natively”. To achieve that, the platforms on which the game appears was narrowed down.

Gran Turismo 7 is playable on the PS4, its Pro version, and the PS5, which basically represents three different performance levels. With that in mind, issues with porting the game to PC is probably less a matter of performance than it is of the sheer variety of hardware.

For what it’s worth, Yamauchi says that Polyphony Digital is “looking into it and considering it”, referring to porting the Gran Turismo series to PC the way other PlayStation first party games are doing. But since there’s nothing definitive on even that yet, there’s no point in anticipating a release date for such a thing yet either. But at the very least, when the next game rolls around, there’s a chance that the current game will make a PC appearance, mirroring the four-year gap that other exclusives seem to have.