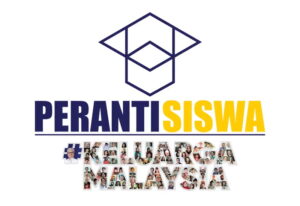 Fulfilling its target to get the program up and running by mid-April, the Ministry of Communications and Multimedia (K-KOMM) together with the Ministry of Finance (MoF) and the Ministry of Higher Education (KPT) have officially launched the PerantiSiswa Keluarga Malaysia program today.

However, the actual registration for the program will only take place starting from 8:00 AM on 15 April at the PerantiSiswa portal on K-KOMM’s website. At the launch event, the ministry has also revealed the full minimum for the tablets that will be distributed to eligible students which are as below:

Meanwhile, the program which will be managed by a dedicated management unit within the K-KOMM’s Infrastructure and Application Division aims to deliver the tablets to 350,000 students this year. Students can expect to receive the tablets starting from June onwards although K-KOMM has once again confirmed that they have to return the devices at the end of their studies, as per our earlier reports.

At the event, Communications and Multimedia Minister Annuar Musa noted that the procurement process is solely in the hands of MoF as K-KOMM only provides the guiding principles for the program. Nevertheless, he also guarantees that the tablets will come from reputable brands and are not white-label OEM devices.

In fact, he specifically stated that “if you don’t have four-figure money, you can’t buy it,” which is quite a huge claim. Then again, if you consider the program’s RM 450 million budget, the average cost of each tablet for 350,000 students is around RM1,285.

During the speech, Annuar also said that he will further discuss the tablets in an interview next Monday and will also reveal the brand if he can receive that particular information from MoF on time. However, he also said that the devices will likely not come from Samsung and Apple.