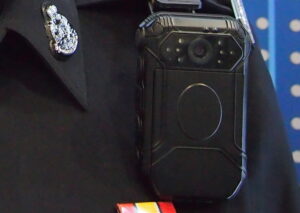 According to a written parliamentary reply by Home Minister Hamzah Zainuddin to the MP of Kepong, Lim Lip Eng earlier this week, the Royal Malaysia Police (PDRM) is in the midst of procuring body cameras for its officers. Hamzah said that the exact specifications needed are still being worked out, so no specific model has yet to be identified for the open tender procurement.

The minister also said that a total of 2040 units of the bodycam will be purchased and distributed among 84 locations, including police stations, district police headquarters, contingent police headquarters, and the PDRM headquarters in Bukit Aman. The cameras will use artificial intelligence with live video streaming capabilities and will be certified by SIRIM.

Equipping the police with bodycams has been in the works since 2019, with Hamzah himself saying that the procurement process had already started in 2020, although the number of units announced back then was 2168. He also said that the cameras would be able to use 4G.

Though the cost of the cameras hasn’t been revealed, then-Prime Minister Muhyiddin Yassin announced in March that the government had allocated RM30 million for the procurement of bodycams for the PDRM. Shortly after, then-Inspector-General of Police Abdul Hamid Bador said that he expected the body cameras to be in use by September or November this year.

It should be noted that the Malaysian Auxiliary Police had adopted bodycams with facial recognition back in 2018 through a collaboration with YITU Technology although it is not known whether the partnership is still active or otherwise. Not only that, PDRM has tested the Axon body camera even much earlier in 2015 which means that the technology is not new to our police force.

The post PDRM Will Soon Use Bodycams That Can Live Stream appeared first on Lowyat.NET.