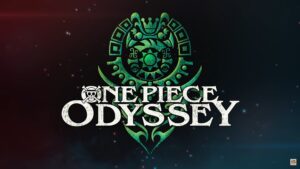 If you’re a fan of One Piece as a series, then the effectively never-ending manga and anime series would be enough to keep you happy. But if you still have a craving for more content from the universe made my Eiichiro Oda, then there’s an upcoming game for you. It’s called One Piece Odyssey, which will be published by Bandai Namco.

The description in the trailer video provides a succinct enough summary of what to expect from the game: A storm, a shipwreck, a mysterious island. Being of the JRPG variety, One Piece Odyssey promises many of the elements you’d expect from the genre, from quests and dungeons to “powerful enemies, and strange encounters with island locals”, as the product page puts it.

Another plus point the game has going for it is the involvement of Eiichiro Oda himself in the making of One Piece Odyssey. He’s the one behind the design of the monsters, in addition to the characters themselves.

While it’s unfortunate that there’s no exact release date, Bandai Namco says that One Piece Odyssey will launch sometime this year. It will be available on PS5, PS4,Xbox Series X and S, as well as PC.

The post One Piece Odyssey Is A New JRPG Coming Out This Year appeared first on Lowyat.NET.