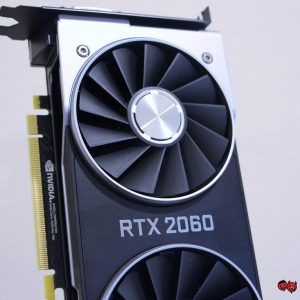 NVIDIA has reportedly announced that it has ceased production of its GeForce RTX 2060 and GTX 1660 Series graphics cards, thus officially marking the end of its Turing-era mid-range and entry-level GPUs. While both cards were based on the same architecture, they differed from one another based on their respective features: one had access to ray-tracing and DLSS, while the other didn’t.

NVIDIA’s announcement of its discontinuation of the RTX 2060 and GTX 1660 Series was initially posted on the Chinese forum BoardChannels (warning: paywall), who stated that both the standard and SUPER editions of both GPUs would no longer be produced. Once the remainder of the products have finished, the GPU brand will reportedly shift its attention to its RTX 30 Series, as customers have since shifted their attention to its RTX 3060 cards, as well as Team Red’s Radeon RX 6600 Series. Both of which are now this generation’s better valued mid-range cards.

NVIDIA launched the RTX 2060 back at the start of 2019, during that year’s annual CES event in Las Vegas. At the time, the card was basically both the entry-level and mid-range tier graphics card for gamers that wanted a GPU capable of running ray-tracing and DLSS, without breaking the bank. A few months after that, the brand launched the GTX 1660 and 1660 SUPER, making them the last cards to use the GTX moniker, after multiple generations of cards.

One interesting point to note, though, is that NVIDIA’s announcement did not mention anything about the GTX 1650 or 1630, which suggests that both cards are still in play, technically speaking. Also, it is very possible that any remaining stock of said cards is a surplus accumulated at the peak of GPU shortages, mainly in the past two years.