HMD Global has a massive outing at IFA this year by announcing six new devices including the X30 5G and G60 5G. Both of these 5G phones are powered by Qualcomm Snapdragon 695 but still have quite a number of factors that made them different from each other.

Additionally, the only other camera within the X30 rear camera module is a 13MP f/2.4 ultra-wide shooter although the module is protected by Corning Gorilla Glass with DX+ antireflective coatings. On the G60, the phone has a 5MP f/2.0 ultra-wide camera as well as another 2MP f/2.4 depth camera although when it comes to selfies, the X30 relies on a 16MP camera while G60 has to contend with an 8MP camera. That being said though, the X30 display is an AMOLED panel which has a much higher brightness rating of 450 to 700 nits while the G30 is between 400 to 500 nits. X30’s display is also protected by the newer Corning Gorilla Class Victus but for G30, HMD Global opted for Corning Gorilla Glass 5 instead.

Speaking about the display, the X30 has also been equipped with an in-display fingerprint reader while the G30 relies on a side-mounted fingerprint reader although both phones still support face unlock. Meanwhile, those who feel that the 3.5mm audio jack is still an essential I/O port may prefer the G30 instead of the higher-end X30 which was not equipped with it.

Another big factor that separated both phones apart is their RAM configurations as the X30 maxes out at 8GB while G60 only goes as high as 6GB. Similarly, the X30 can be obtained with up to 256GB storage which is double what G60 has to offer but the lower-end model does something extra though in the form of the microSD card support of up to 1TB. 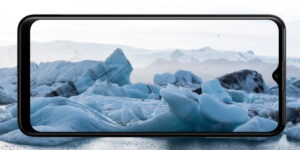 Battery-wise, the X30 has a smaller capacity at 4200mAh but offers faster charging speed by supporting chargers with a power rating of up to 33W. As a comparison, the G60 has a 4500mAh battery but only supports up to 22W chargers.

Last but not least, the X30 has also been designed to meet the IP67 standard and this means that it is generally more durable than the G60 which is rated at IP52. No words for now on whether HMD Global has any plans to release these 5G phones in Malaysia anytime soon but when it comes to general pricing, the X30 starts at EUR529 (~RM2,355) while the G60 costs significantly lower at EUR319 (~RM1,420) onwards.