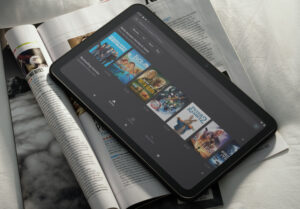 After it was teased on Nokia Mobile Malaysia’s Instagram page late last month, the new Nokia T20 tablet is now officially available in our market. In case you missed the news, the new model is the first Nokia-branded tablet under HMD Global who been responsible for all Nokia mobile devices since 2016.

The new T20 tablet is essentially an entry-level Android tablet powered by a Unisoc Tiger T610 octa-core processor and features a 10.4-inch in-cell display that also has a native resolution of 2000 x 1200. In Malaysia, the IP52-rated tablet also comes standard with 4GB of RAM and 64GB internal storage.

Other than that, the T20 also features an aluminium chassis and sandblasted back area together with an 8MP rear camera and a 5MP front-facing camera. HMD Global claimed that the 8100mAh battery inside the tablet allows it to surf the web for up to 15 hours or 10 hours of movie playback.

Price-wise, the new Nokia T20 can be obtained for RM1,099 through Nokia’s official stores on Lazada and Shopee. In conjunction with the launch of the tablet in Malaysia, HMD Global is also offering a free rugged flip cover worth RM229 with each purchase of the tablet while stocks last.