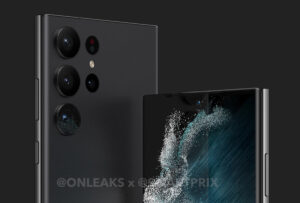 The next major Samsung Unpacked will be happening in February of next year, an executive from the tech giant revealed. Speaking to news outlet Korea JoongAng Daily, the individual says the event will also see the global debut of the upcoming Galaxy S23 flagship line-up, which is expected to be held in San Francisco. Interestingly, a separate report published by South Korean publication Chosun, which cited an unnamed Samsung executive as well, is claiming similar information.

The chance for the new series to debut in early 2023 isn’t surprising, especially given the fact that Samsung has traditionally held its major launches around that time. Additionally, it is also worth noting that this would be the first in-person Unpacked since the pandemic. Another rumour suggests that the company may instead unveil the Galaxy S23 line-up during CES 2023 in January, but this is very unlikely.

As for the phones themselves, the only detail confirmed so far is that all three models (standard, Plus, and Ultra) will feature the newly launched Snapdragon 8 Gen 2 chipset. While Samsung has been very quiet about its new flagship series, the same can’t be said for the unofficial side of things. And as you may recall, leaksters have already provided sufficient information regarding the three, such as their designs and key specifications.

To recap, both the standard and Pro variants of the upcoming Galaxy S23 will feature a more simplified rear panel design – ditching the protruding side integrated island from their predecessors. Leaksters claim the former will sport a flat 6.1-inch display, while the latter comes with a larger 6.6-inch flat panel. In terms of imaging, reliable tech insider Ice Universe says the duo will feature similar triple-camera setups as the standard and Pro models of the Galaxy S22, but with improved sensors.

Meanwhile, leakster Steve Hemmerstoffer (aka OnLeaks) claims that the Ultra variant of the Galaxy S23 will feature a near identical design to its predecessor, save for a less curvier frame. Besides that, it is believed that the phone will retain the integrated S-Pen feature and the slightly curved 6.8-inch display. Additionally, it may also come with only 25 W fast charging (a downgrade of this year’s 45 W), as well as a triple-camera setup that’s championed by Samsung’s 200 MP ISOCELL HP1 sensor.

The post Next Samsung Unpacked Event May Happen In February 2023 appeared first on Lowyat.NET.