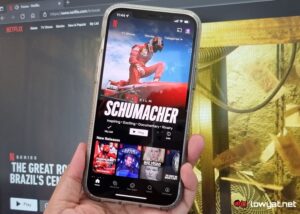 Many details about the upcoming ad-supported tier of Netflix have been floated around, but the price remains a missing piece of the puzzle. But over the weekend, a new report by Bloomberg suggests that the tier in question will be priced about half of the most popular of its existing plans.

According to the report, Netflix is considering putting the price of its ad-supported tier somewhere between US$7 (~RM31) and US$9 (~RM40) a month. In comparison, the most popular plan that the streaming giant currently has is its standard plan, which costs US$15.49 a month, which is localised to RM45 a month for us in Malaysia.

The reported price window puts the ad-supported tier in a bit of a conflict with the existing basic plan. For said plan, Netflix is offering a maximum of 480p videos, and only for a single device. It is still unclear if the upcoming ad-supported tier will also be limited in its video streaming resolution and the number of devices supported. And assuming the upper end of the suggested price window, it seems like a pretty poor deal, even in comparison to the existing basic plan.

As for the ads themselves, the report cites sources that claim Netflix is looking to air four minutes of ads for every hour of content streamed. These ads will be placed before and during shows, but not after. The streaming company is also looking to start slow by not targeting ads too much initially. This means that in the starting stages most people will see the same ads. The report also says that the company will try to not show repeat ads too frequently to avoid subscriber frustration.

On rollout, the company is looking to introduce the more affordable option to “at least half a dozen markets” in the last quarter of the year. But a full rollout may have to wait until early next year. A prior Bloomberg report has claimed that Netflix will not put ads in new original shows as well as children’s shows. Microsoft will be the partner company to provide the ad infrastructure.

The post Netflix To Price Ad-Supported Plan Between US$7 And US$9 appeared first on Lowyat.NET.