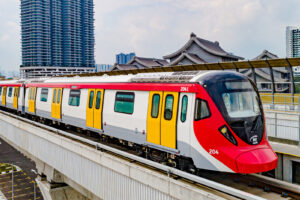 Public transport operator Rapid KL has recently announced that the MRT Putrajaya Line will  have longer intervals than usual for a period of over four weeks. Starting tomorrow on 22 November until 18 December 2022, its trains will be affected by the final test runs of the line’s Phase 2 expansion that is set to open in January of next year.

More specifically, Rapid KL says trains will have frequencies of eight minutes during peak hours and 12 minutes for non-peak hours. Keep in mind that the increased intervals only applies to the newer MRT line, while the MRT Kajang Line that connects Kwasa Damansara to Kajang is unaffected.

Once officially launched, this would bring the total number of stations under the MRT Putrajaya line to 36, spanning a distance of 57.7 km. The entirety of the new line is slated to be fully opened to the public in January 2023, though no specific date has been determined yet.