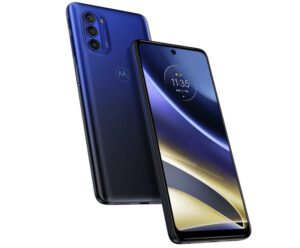 Lenovo is adding another new model to its smartphone lineup in Malaysia in the form of the Motorola g51. Available from 28 March, this particular 5G-capable model is powered by the Qualcomm Snapdragon 480+ chipset.

The g51 sports a huge 6.8-inch 1080p IPS display with a 120Hz refresh rate. There is only one variant that will be sold in Malaysia at launch which provides 4GB of RAM and 128GB storage alongside a microSD card slot that allows users to add additional storage space of up to 1TB.

The phone runs on a 5,000mAh hour battery and comes with 20W wired fast charging. Ships with Android 11, the g51 also has an IP52 water-repellent design and a side-mounted fingerprint scanner.

On the back, the g51 has a triple-camera array with a 50MP primary shooter, an 8MP ultrawide, and a 2MP macro lens. The front of the phone is equipped with a 13MP punch hole camera for selfies.

The Motorola g51 is available for pre-order now on Lenovo’s official Shopee and Lazada stores for RM899. As part of the pre-order promo, the company is giving away an RM50 discount voucher for those who pre-ordered the phone by 27 March.

If you’re looking to obtain a Motorola 5G phone with better specs, you can check out the older Edge 20 Pro or the Snapdragon 8 Gen 1-based Edge 30 Pro which are readily available through both official Lenovo online stores that we have mentioned earlier.