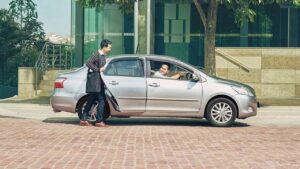 Local e-hailing services caused quite the commotion last week as consumers have lodged complaints regarding increasingly expensive fares for rides, especially during peak hours. In light of this, the Ministry of Transportation (MOT) has announced that it will investigate the issue and hold discussions with the service providers involved.

For context, it has recently been reported that e-hailing services have increased ride fare prices up to 400% during peak hours, which triggered discontent amongst users. They also called for government intervention to regulate fare prices.

Transport minister Wee Ka Siong told reporters on Sunday that MOT’s top management has been instructed to contact the involved companies for explanation regarding the alleged increase in fares. “An increase from RM20 to RM70 in the current situation is seen as burdensome to the people, so I think as a policymaker, we will see if any party is taking advantage to make a profit,” he said.

Similarly, the minister added that he has also asked the Land Public Transport Agency (APAD) to investigate the issue. On that note, the agency said the government will monitor e-hailing services from time to time as well as gather and analyse information before any changes are made, including the proposed fare regulatory mechanism. It noted that factors such as the working environment of drivers, passengers, service providers and others must be taken into account to ensure balanced supply and demand. At this time, there are more than 10 major e-hailing service providers available in Malaysia, APAD added.

It is expected that results from the investigations will be provided in a day or two, which Wee says will determine what actions that are to be taken and whether more competition should be encouraged. The minister also stressed that MOT would not compromise with any company found trying to take advantage by increasing fares or companies seeking to manipulate e-hailing fares to make a profit.