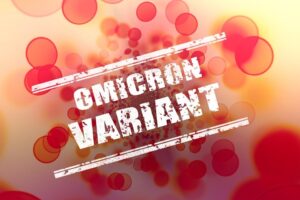 The Ministry of Health (MOH) has announced stricter travel restrictions amidst worries of the new Omicron COVID-19 variant. Some of the new measures include a complete travel ban for Malaysians wishing to travel to high risk countries. Eight African countries have been added to the travel ban list, including Malawi as of today.

Health Minister Khairy Jamaluddin said that while 20 countries have reported cases of Omicron infections, the countries won’t automatically be added to the travel ban. Instead, the ministry will assess and update the list on a daily basis on whether or not a country should be deemed as high risk.

Factors that are taken into account for determining a country’s status include the number and origin of reported Omicron cases, as well as the country’s vaccine coverage. The minister mentioned that some countries that have detected the strain within their borders are currently under review, namely the UK, Australia, the Netherlands, Belgium, and Germany.

Citizens and those with a long-term pass are still allowed to return if they have a travel history in one of the high risk countries, but they will be required to quarantine for 14 days regardless of vaccination status. They will also need to take a PCR test three days before departure, on arrival, and on the tenth day of their quarantine.

The new restrictions also mean that students and foreign workers from banned countries are barred from entering the country, including through the international Langkawi travel bubble. Those returning from Singapore using the air VTL are encouraged to self-test on their third and seventh day of arrival.

The Omicron variant has been designated by the World Health Organisation as a Variant of Concern (VOC). While the full extent of the heavily mutated strain is still being researched, preliminary findings show that it is highly transmissible. Khairy said that these new measures are temporary and should the variant be found to not threaten public health, the country will once again open its borders.