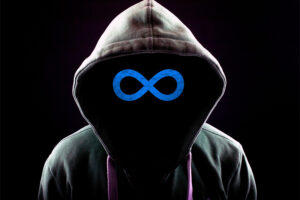 Meta, the parent company of Facebook, WhatsApp, and Instagram, revealed that it had recently alerted more than 50000 people that they were being targeted by “surveillance-for-hire” companies. Meta said it had discovered seven of such companies and had banned a total of 1400 related accounts from their platforms.

In its Threat Report, Meta lists down Cobwebs, Cognyte, Black Cube, Bluehawk CI, BelltroX, Cytrox, as well as an unknown entity in China as the companies involved in the surveillance-for-hire industry. Four of them are based in Israel, with the other three in China, India, and North Macedonia.

The report states that these entities have a reach in over 100 countries and targets dissidents, journalists, critics of authoritarian regimes, families of opposition members, and human rights activists. The Chinese entity is said to have deployed a malware with facial recognition technology and used by domestic law enforcement in the country.

Some of these companies use spyware while others use social engineering through fake accounts to gain personal details. Israeli company Black Cube described itself to NPR as a “litigation support firm” and was famously hired by Harvey Weinstein to try and block a New York Times article from being published.

While much global attention is on hacking-for-hire companies like the NSO Group, Meta’s security chief Nathaniel Gleicher said that surveillance-for-hire companies are troubling as their targeting is indiscriminate. The Facebook and Instagram users alerted of the targeting were provided granular details about the nature of targeting, and were encouraged to enable two-factor authentication on their accounts.