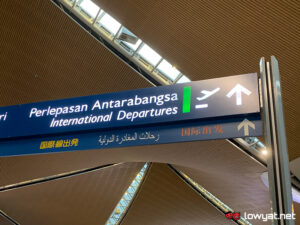 Health Minister Khairy Jamaluddin has announced the resumption of ticket sales for both land and air travels under the Vaccinated Travel Lane (VTL) for Malaysia and Singapore. As you may recall, sales were previously put on hold as health authorities were concerned about the Omicron variant outbreak.

However, the minister said that the ticket quota for the land and air VTL, which starts today, will be reduced by 50%, as compared to before. An increase for the quota will be considered from time to time, depending on the risk assessment by the Ministry of Health (MoH) on the latest COVID-19 situation in both countries.

Previously, the quota for the land-VTL was 1,440 tickets per day for each way, while the air-VTL was limited to six daily flights. Khairy reassured those who have already bought tickets that they will not be affected by the revised quota changes.

MoH also reminded travellers using the scheme that they will still need to adhere to the strict testing regiment in place. Specifically, Air VTL travellers will need to take a PCR test two days before departure and an on-arrival PCR test, while land travellers have the option to use either PCR or professionally-administered RTK-Ag tests. Additionally, all VTL travellers are also required to take self-tests on their second, fourth, and sixth day after arrival, as well as professional RTK-Ag tests on the third and fifth days.