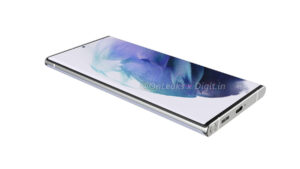 Late last month, a report indicated that the final nail into the Samsung Galaxy Note series has been hammered in. But now, a leaker claims that, at least for next year’s generation of phones, the Note line will live on in the name of the Galaxy S22 Ultra. Sort of.

FrontTron claimed on Twitter that the Samsung Galaxy S22 Ultra will instead be called the S22 Note. It would make a certain amount of sense, since the Galaxy S22 Ultra has been alleged to not only support the S-Pen, but have a slot for it on the phone itself. In a sense, it is carrying on the tradition of the Note series, so no surprise if it also adopted the name to reflect this.

Next is the S22 Note

The upcoming phone, whatever it will end up being called officially, will also be packing include Samsung’s own Exynos 2200 chipset. All four rear cameras will also be sporting OIS.

Though as always, there’s no way to tell if these are accurate for now. That being said, the Samsung Galaxy S series usually get their reveals quite early every year. It’s possible that the company’s first Unpacked for 2022 will be the reveal of this Note successor.