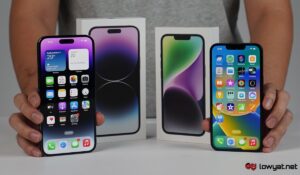 It’s been barely a month since the iPhone 14 family of devices were announced, and already there are rumours on next year’s models. Not especially surprising these days, but one of them suggests that there will be a naming convention change when next year’s models roll around.

Specifically, the Pro Max model may be known instead as the Ultra. At least, that’s according to Bloomberg’s Mark Gurman. Which is a very minor and insignificant detail compared to other changes the iPhone 15 family is expected to have. Most important of them all is probably the fact that Apple will be giving them all USB-C.

This will not only unify the connectivity standards between the company’s tablets and phones, but also make it share a common standard with other companies in the mobile device space. But all the same, these rumours have been making the rounds for the past five years. It’s more likely now than ever before since the EU is pushing for a universal standard, though one should still take this with a pinch of salt.

Beyond these changes, previous reports state that supply chain analyst Ross Young has predicted that the latest feature of the iPhone 14 Pro variants, the Dynamic Island, will come as standard on all iPhone 15 models. This does sound a lot more believable, considering the hot new thing with the iPhone 12 Pro Max, the sensor shift image stabilisation tech, got added to the whole iPhone 13 range.

As is usually the case, Apple is expected to reveal next year’s iPhone 15 range in the fourth quarter of next year. So it will be a long wait before any of these is confirmed. The Dynamic Island coming to the whole range would mean that the notch will finally be gone. Which leads to the next step of eliminating the Dynamic Island itself.

(Source: Bloomberg via The Verge)