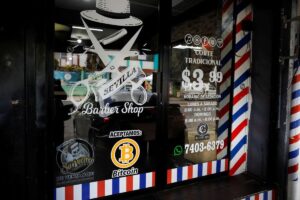 The International Monetary Fund (IMF) is urging El Salvador to reconsider using Bitcoin as one of its legal currencies; highlighting major risks of relying on the cryptocurrency. It further added that the move will greatly affect the country’s efforts to get a loan from the institution.

To recap, El Salvador president Nayib Bukele made Bitcoin legal tender alongside the US dollar back in September of last year – a move that has been considered as controversial among its citizens, which resulted in protests not long after its adoption. The Central American country is so far the only nation to have done so, which in turn enabled its citizens to conduct business and even pay taxes with the cryptocurrency. Bukele, a crypto enthusiast himself, also announced an ambitious plan in November to build a geothermal-powered “Bitcoin City” at the base of the Conchagua volcano to support crypto mining.

Rather than encouraging El Salvador to drop the usage of the cryptocurrency entirely, the IMF urged authorities “to narrow the scope of Bitcoin law” by removing its legal tender status. The institution’s executive directors highlighted “large risks associated with the use of Bitcoin on financial stability, financial integrity, and consumer protection, as well as the associated fiscal contingent liabilities.” Additionally, it added that some board members also expressed concern over the risks associated with issuing Bitcoin-backed bonds.

It is believed that El Salvador currently owns around 1,800 Bitcoins, according to calculations based on Bukele’s public statements. While the nation has yet to officially respond to the IMF, its president has taken to Twitter to acknowledge the institution’s concern and recommendation in his typical maverick-like manner.