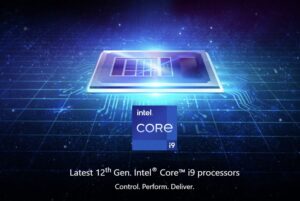 Intel’s 12th generation Alder Lake for mobile has been on the market for several months now but despite that, I’ve actually been meaning to get a review of the lineup’s top-tier, unlocked Core i9-12900HK up. To that end, Intel was more than generous enough to send me a working laptop unit, complete with not just the 12900HK, but also NVIDIA’s laptop variation of its GeForce RTX 3080 Ti.

To that end, this review isn’t going to be a long one, seeing that its focus will not be on the laptop itself. With that, let’s get cracking.

In this instance, the laptop that Intel has so graciously provided me with for the purpose of this review is MSI’s GE76 Raider.

This review also comes a little late, primarily due to travails that I had encountered during its review process. To speak plainly, the GE76 was riddled with a series of unfortunate events. To be fair, the issue was initially isolated to the display wonking out on me halfway through my review process. However, the RMA process with MSI actually took longer than expected, because while it had the laptop, the brand found out that the laptop wasn’t actually using its Phase Design Pads, which are MSI’s own thermal solution that switches between an inert and liquid state, depending on the temperature of the CPU and GPU at the time.

On that note, and with the thermal pads having been swapped out, I redid the test, so as to ensure that whatever new results are reflective of the physical changes. Oh, and I am simply running the tests on these components as is, and without any overclocking.

In the PCMark 10 tests, both the normal and extended, the 12900HK really doesn’t hold anything back; compared to the non-K 12900H, we’re looking at nearly 3000 points more in the Extended test, while the normal test is approximately 1000 points ahead of the same CPU. Again, it’s a clear signal of the CPU’s prowess but more importantly, that is without overclocking it. However, over at the Cinebench R20 and R23 benchmarks, the processor demonstrates its prowess, albeit with just meagre gains against the 12900H but well ahead of a Ryzen 9 5900HX.

Then there’s the gaming side of this laptop, namely with the RTX 3080 Ti Mobile. Again, this is the first and at the time of writing, the only laptop with this GPU to enter my labs so far, and one to be paired with Intel’s top-tier SKU. For that matter, I am testing its prowess across all three major resolution options. At 4K, the RTX 3080 Ti handled our list of games more or less as expected, with an average of 40 fps across the board, and that’s without NVIDIA’s RTX and DLSS turned on. For RTX-capable titles, though, it appears that the GPU struggles with some titles; Cyberpunk 2077, being the demanding title that it is, still manages to make the RTX 3080 Ti struggle at 4K, with the title barely breaking the 40 fps average, and that’s with the game’s DLSS setting set to Balanced.

Interestingly, the RTX 3080 Ti’s temperature peaks at 77°C and never seem to go any higher, while the 12900HK was pushing the limits, reaching temperatures as high as 106°C but never actually shows signs of throttling, usually seen in the form of performance stutters on screen during gaming.

It’s probably been said a thousand times over, so at the risk of sounding like a broken record, here goes: Intel’s 12th generation Core i9-12900HK clearly acts and performs like the top-tier CPU that its parent company wanted. One of the few drawbacks to owning the CPU, however, is the very high asking price that is usually attached to the laptop housing it, and the equally powerful GeForce RTX 3080 Ti too. To that end, this is not the kind of CPU that I foresee the general and lay-consumer ever purchasing, not unless they have a lot of disposable income lying around. Well, that or they’re just megalomaniacs that absolutely must be in control of every little aspect of their possessions, even the ability to overclock this mobile CPU.