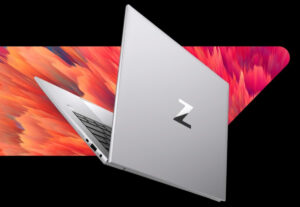 HP has announced that its latest laptop series, the Zbook Firefly G9, will be arriving in Malaysia next month. As with last year’s release, it will be available in two sizes, though the largest variant is now offered with a 16-inch display instead of 15-inch. The smaller version, on the other hand, retains a 14-inch screen.

While the G9 maintains the clean and minimalist aesthetic as its predecessors, there are some redesigns in place. The newer model no longer features a speaker grille above the keyboard and also gone is the Pointing Stick between its keys. Meanwhile, the touchpad is now buttonless and has been aligned to the centre. Unchanged is the fingerprint sensor location, which is still situated below the keyboard on the right hand side.

Though unspecified at this time, under its hood is a 12th Gen Intel Core processor that is paired together with up to 64GB of RAM and up to 2TB of NVMe storage. For graphics acceleration, customers have the choice to pick between an NVIDIA T550 or NVIDIA RTX A500 GPUs.

Besides that, the HP Zbook Firefly G9 also comes with a 5MP webcam with AI enhanced auto-framing, Bang & Olufsen speakers, built-in Tile tracker, Windows 11, and up to 13 hours of battery life. Connectivity-wise, the laptop comes with Wi-Fi 6E connectivity, optional 5G, an assortment of ports including one HDMI 2.0b, two Thunderbolt 4 USB-C, and two SuperSpeed USB Type-A, as well as a headphone/microphone combo 3.5mm jack.

HP has yet to confirm the exact release date and pricing of either Zbook Firefly G9 variants for the Malaysian market. It goes without saying that the company will only provide these details once June rolls in.