In the beginning, there was gaming PCs and laptops which were then generally followed by gaming mice, keyboards, and headphones. Now, there are so many gaming-oriented products in the market to the extent it is really hard to keep track anymore.

Aside from the PC hardware and actual gaming peripherals, there are now even drinks and food that have been formulated for gamers. In fact, the latest example came right from our own backyard: the Pong Berry Matrix Peanut Energy Crunch by Jobbie Nut Butter, in collaboration with ZOTAC Gaming Malaysia. Founded by Joseph Goh and Debbie Ching, the Kepong-based Jobbie Nut Butter has been around since 2015. In a blog post on its website, Joseph said that the local arm of the Taiwanese hardware manufacturer ZOTAC contacted Jobbie around four months ago and it then led to the birth of Pong which is a clear homage to the legendary arcade game from 1972.

While gaming drinks and food usually contain ingredients such as caffeine and taurine to deliver an immediate surge of energy and increased focus, Jobbie’s creation does not include them though. In the same blog post, Joseph said that the Pong is made from dry roasted peanuts as well as freeze-dried blueberries and strawberries. These berries apparently provide carotenoids and antioxidants that help promote eye health as well as brain and cognitive functions. The label on the bottle itself also noted high contents of vitamin C and anthocyanin as well while Joseph also said that roasted peanuts have high energy and fibre content.

Jobbie has also come out with special packaging for Pong to help differentiate it from the company’s other releases. The label on Pong features a combination of a circuit board and holographic patterns, complete with three secret messages in the form of a Latin sentence, math equation, and Morse code. 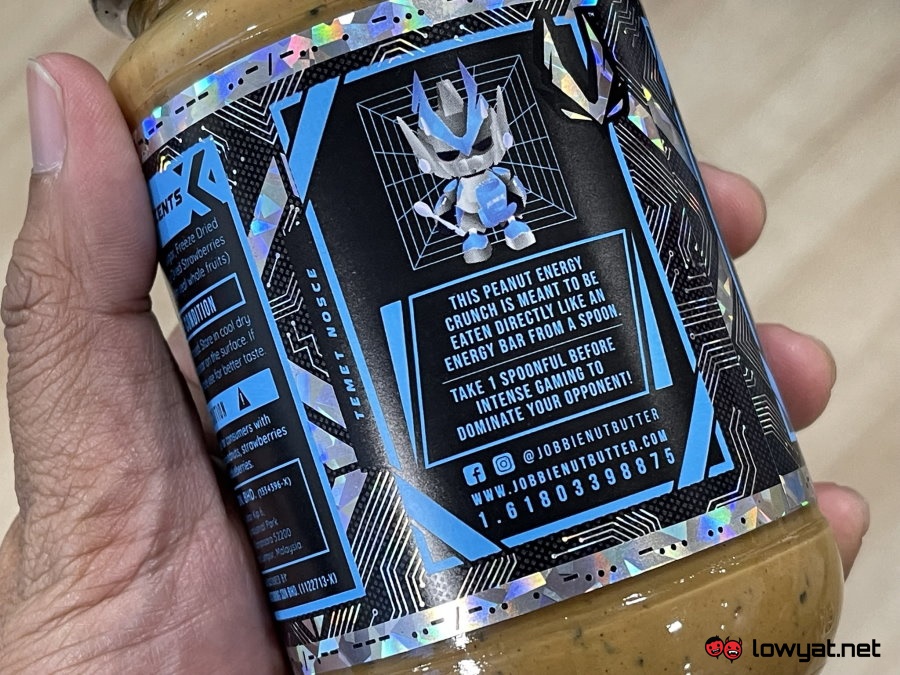 Another interesting thing to note about Pong is that it is meant to be consumed directly with a spoon instead of spreading it on bread or other foods, according to Joseph. Think energy bar or gel and you get the idea.

Since ZOTAC has sent a jar to our HQ prior to its official announcement yesterday, I decided to give Pong a try and was quite satisfied with its taste. This particular creation by Jobbie and ZOTAC is quite chunky although I couldn’t really taste the berries that they have mixed into it as they have been overpowered by the peanuts. 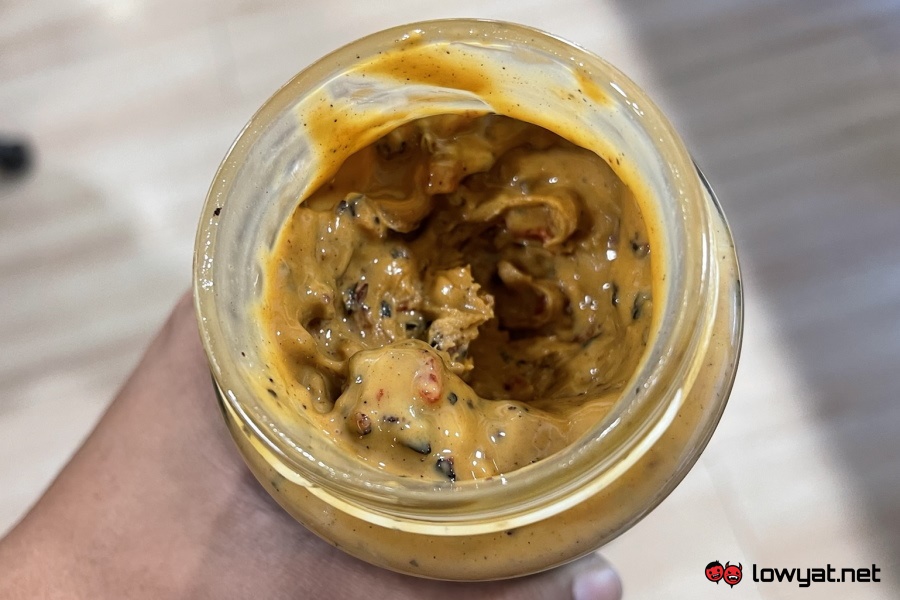 I did not notice any immediate surge of energy after consuming Pong which is something I do not expect anyway since there is no caffeine or taurine within its ingredient list. Then again, the effect of Pong on me could be very different from you, just like any other energy drinks and performance-oriented food out there.

I am not sure whether there is a nutritional table on Pong’s bottle that Jobbie sent to customers but the one that I received did not come with one. So, if you are on diet or counting your calories, you may want to reach out to the company and ask for specific details before consuming Pong. Comes in a 380g jar, you can get your hands on Jobbie x ZOTAC Gaming Pong Berry Matrix Peanut Energy Crunch from Jobbie’s official website for RM 56.00. It is indeed a hefty price tag given how Jobbie’s other peanut butter releases have a much lower price range of between RM 23.00 to RM 39.90.

The post Here’s A Peanut Butter Made Especially For Gamers appeared first on Lowyat.NET.