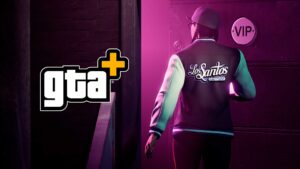 GTA Online is nearly as old as Grand Theft Auto V as a game mode, which is almost nine years old come October. With the recent re-release of the game for current generation consoles, Rockstar Games has announced a subscription service for the game on said consoles called GTA Plus.

To start, the subscription service is oddly only for owners of the game on current generation consoles. On top of the asking price of GTA V or GTA Online, you’ll also be paying an additional US$5.99 (~RM25) a month for a number of perks. While each month may offer a different list, a constant looks to be GTA$500000 worth of in-game currency. Here’s a list of what is getting bundled in for the first month, which is between 29 March and 26 April:

Your mileage may vary regarding the other perks of the GTA Plus subscription service. But while GTA$500000 may have been big in the economy of GTA Online in its early days, it’s pretty much chump change these days, with the newer of the best cars priced in the millions.

The post GTA Online Gets A Subscription Model Called GTA Plus appeared first on Lowyat.NET.