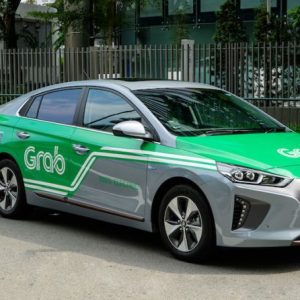 Grab made its way into headline back in April after the outfit officially announced its intention to become a publicly-traded company in the United States. Now, the Southeast Asian e-hailing, food delivery, and fintech giant together with its partner Altimeter Growth have finally completed all the necessary groundwork that will allow Grab to be listed on Nasdaq tomorrow, 2 December.

Grab’s upcoming listing on Nasdaq has been touted as one of the largest SPAC deals around since it has been valued at US$39.6 billion (~RM 167 billion). The company’s stock will be traded on the American exchange under the ticker symbol “GRAB”.

Grab was originally established in Malaysia as MyTeksi back in 2011 although it only began to serve customers in 2012 before the company decided to use Grab as its sole branding in 2016. The company kicked off its regional expansion starting with Singapore in 2013 before acquiring Uber Southeast Asia in 2018.

As per our original report, Grab’s journey to NASDAQ was not through the traditional initial public offering (IPO) route. Instead, it is being done through a special purpose acquisition company (SPAC) which is also known as a black check company and essentially what Altimeter Growth is all about.

Through this deal, Grab is expected to receive around US$4.5 billion in cash. For more information on SPAC, do check out our editorial piece right here.

The post Grab To Be Officially Listed On Nasdaq This Week appeared first on Lowyat.NET.