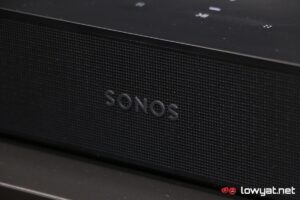 Google recently reignited its old spat with Sonos, the US-based audio brand, and just after the latter won a court case brought against it by the former company, earlier in the year. In this latest series of lawsuits, the search engine is alleging that the wireless speaker brand infringed on several of its patents.

In particular, the lawsuits that are being filed against Sonos include infringemnets across seven different patents. According to reports, some of the lawsuits seem targeted at the audio brand’s use of hotword detection and wireless charging, while another seems to revolve around how a group of its speakers ascertains which one in the cluster should respond to voice input.

As a quick primer, Sonos and Google’s feud first began back in 2020, when the former accused the search engine of stealing its multiroom speaker technology; prior to the lawsuit, both companies had entered into a partnership years before, a period in which Google seemingly stole the technology.

Not wanting to back down, Google later countersued Sonos, saying that the audio brand infringed on its patents too. However, back in January of this year, the US Federal Trade Commission (FTC) ruled in Sonos’ favour and found the search engine guilty of violating the plaintiff’s patents.

The lawsuits were filed this in the US District Court of the Northern District of California, while Google also plans on filing similar lawsuits against Sonos with the FTC over the coming days. In essence it seeks to ban the import and export of what it deems to be infringing products from the audio brand.

Needless to say, Sonos has viewed Google’s action simply as intimidation tactics, aimed at retaliating against the brand for speaking out against the search engine’s “monopolistic practices”, which it says has allowed them to avoid having to pay royalties.