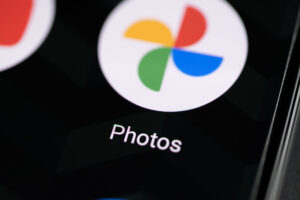 Earlier this year, Google introduced a privacy feature called “Locked Folder” in Google Photos that lets you manually hide pictures and videos. This feature was initially limited to newer Pixel phones, but the company announced in October that it would be coming to other Android phones, which it now has.

Specifically, the feature is rolling out to phones running Android 6 and up. If you want to see if you already have it, open up the Photos app and go to the Utilities section. If the feature is available to you, you’ll then be prompted to “Organise your library” upon accessing Photos.

Locked Folder lets you hide any photo or video from prying eyes behind either a pin, pattern, or your phone’s biometric authentication. Be warned though, any content moved to Locked Folder is taken out of cloud backups and into local storage. So if you uninstall the app or lose your phone, you’ll also lose all your locked files. For those using Google Photos on iPhones, the feature is only coming to the iOS app early next year.

While the integration with your phone’s security method is a plus, it should be noted that password-protected folders are nothing new. There are a myriad of apps that are designed to hide or protect files, and even Google’s Files app has a feature called Safe Folder.