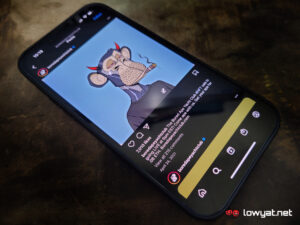 Meta CEO Mark Zuckerberg confirmed that NFTs are definitely coming to Instagram last month, which then begs the question: is it also coming to Facebook? Based on a discovery by programmer Alessandro Paluzzi, it looks like this may be the case for the widely used social media platform.

Without providing much information, the leakster claims that Facebook is working on a new feature called Digital Collectibles, which presumably allows its users to showcase their NFT collection. Based on a screenshot that he provided, the allegedly upcoming feature will be located in the Photos tab on a user’s profile. Unfortunately, Paluzzi did not include any examples to visualise how Digital Collectibles will display the artworks, though it is very likely that they will be arranged in the typical album-like manner.

It is not known whether Facebook’s built-in NFT feature will mirror Instagram’s own. As revealed by Zuckerberg last month, Meta plans to also include a way for users to mint new NFTs on the media sharing platform, on top of offering a way to showcase their collection. Speaking of Instagram, Paluzzi also revealed via a follow-up tweet that a new Digital Collectibles tab will be included in the app’s New Post menu whenever the feature is implemented.

Currently, it is still anyone’s guess as to when Meta will actually introduce NFTs to Facebook or Instagram. One thing’s for certain, the social media conglomerate’s plan to include digital collectibles to its platforms and upcoming metaverse is inevitable. Zuckerberg did previously note that NFTs will one day play a significant role for the latter, where Meta will allow users to mint items such as avatar clothing as such.