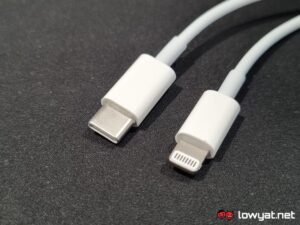 The parliament of the European Union (EU) recently moved one step closer to forcing Apple to fit its iPhones, iPads, and AirPods in Europe with a USB-C port. The proposal, also known as a directive, was supported to be put into legislation this week through overwhelming support from member nations, in a vote of 43 in favour and two against.

For the uninitiated, the new directive would force all consumer electronics manufacturers – including Apple – that sell electronic devices must ensure that every new device in the category is fitted with a USB-C port. Such items include but are not limited to phones, tablets, laptops, portable game consoles, portable speakers, and headphones.

The only time when a product is exempted from the rule is if the product itself is too small to accommodate a USB-C, such as smartwatches and fitness trackers. Meanwhile, the EU’s Internal Market and Consumer Protection Committee still say that the directive doesn’t target Apple specifically, but is aimed at reducing electronic waste and addressing product sustainability.

The ruling will no doubt serve as an annoyance to Apple; since 2012, all devices launched by the company from Cupertino have used its own proprietary Lightning connector, replacing the original 30-pin connector. As for Apple, its stance on the matter – from 2018, at least – is that the EU’s choice of forcing manufacturers to adopt a common charging port would stifle innovation and, in fact, have an adverse effect on waste by creating more of it than reducing it.

For that matter, and in Apple’s defense, its iPad Pro models since 2018 already feature USB-C ports instead of the Lightning port.

The post EU Parliament One Step Closer To Forcing Apple To Adopt USB-C Ports On iPhones appeared first on Lowyat.NET.